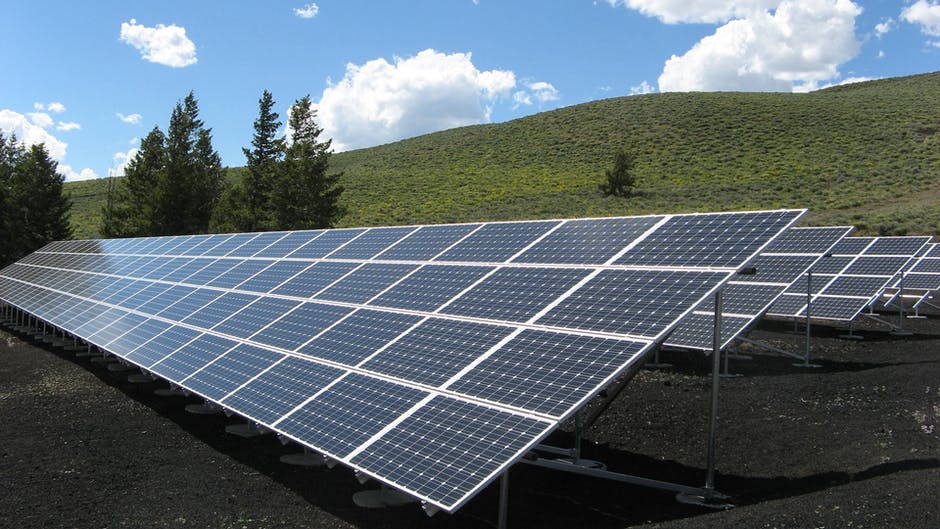 Technology is constantly changing, adapting, and improving every single day. And it’s insane to think about the products that have leveled up over the past decade.

But have you ever considered how those very same products come from? The one seemingly new industry that’s piqued the interest of many people worldwide is solar.

Nowadays, it seems any neighborhood you drive through has a row of houses taking advantage of solar energy. And while gaining independence from the giant utility companies is freeing, the panels have to come from somewhere.

If you’ve ever wondered how solar arrays are assembled, then keep reading to discover the simple yet complicated solar panel manufacturing process.

Before diving into the solar panel manufacturing process, it’s essential to understand a few key distinctions.

Taking a bottom-up approach, you first have your photovoltaic cells. This component captures solar energy and produces DC currents to convert into useable AC currents.

One step above the cells is a photovoltaic module. It’s essentially one segment of a solar panel. The modules seal the cells in a protective laminate.

The solar panels you see installed in your neighborhood are when one or more modules get assembled as a wired, usable unit.

Lastly, an array is when there are numerous modules and panels connected. Similar to what you might see on solar farms.

On the consumer side of things, the only thing you need to worry about is finding the best residential solar provider.

There’s one key factor that makes a local solar company the best solar company. And that’s the ability to go into detail about the panels they offer and if they have a well-planned installation process.

When you search for a company to handle your solar panels, be sure to ask them about the following three different cells. The perfect fit highly depends on your lifestyle and your home.

There are three types of cells used in panels today. These include monocrystalline, polycrystalline, and amorphous silicon cells.

These monocrystalline cells originate from a single large block of silicon. Manufacturers cut individual silicon wafers, which get fixed onto a single solar panel. While these cells involve more intensive labor, they are more efficient than the other two.

However, having a labor-intensive and more efficient cell comes at a cost. They’re more expensive to manufacture and, like luxury cars, have a sleek aesthetic that screams premium.

Manufacturers produce these silicon cells by melting, rather than cutting, several silicon crystals. Once melted, they’re poured and fused onto the actual panel that’ll house the cells for their lifetime.

One benefit of polycrystalline cells is that it’s less expensive, but that’s also because of the decreased efficiency level.

If you see a bluish hue on your solar panels, it’s likely because they use polycrystalline cells.

You’ll run into amorphous silicon cells whenever a solar panel calls for flexible thin-film panels. Unlike the other two, these cells don’t have a crystalline structure.

The flexibility these cells provide solar panels is endless. But compared to the other two, its versatile nature makes it extremely inefficient.

Solar panel manufacturing might seem simple, but you realize that it’s a complex process when you get close. And while the final product holds a high reputation for being green, the manufacturing process has its flaws.

Like any manufacturing plant, they do emit carbon dioxide.

But unlike other industries, the solar industry is constantly working to eliminate its carbon footprint in every possible way. It’s very likely that the entire process, from the factory to your roof, becomes green in every way one day soon.

If you enjoyed this piece on solar panel manufacturing, check out some of our other recent blogs detailing everything you’d want to know about the solar industry.